Keeping You Constantly Up To Date. 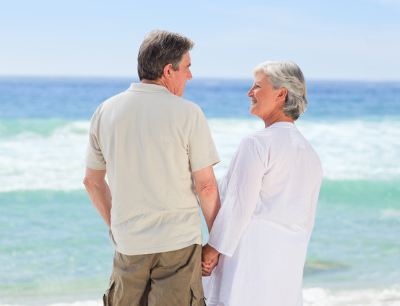 How much income will I need to retire with?

The Association of Superannuation Funds of Australia (AFSA) Retirement Standard benchmarks the annual budget needed by Australians to fund either a comfortable or modest standard of living in the post-work years.

The Association of Superannuation Funds of Australia provides numerous resources for the superannuation industry and general public.

Can I retire earlier and claim my superannuation?

Preserved? Preserved benefits cannot usually be accessed until after you have reached a certain age, based upon when you were born. Your preservation age is found below:

The conditions of release include the following:

Can I nominate a person to receive my superannuation if I die?

To make sure your super fund knows what you’d like to happen to your super after you’re gone, you can choose a ‘beneficiary’. Generally, your beneficiary must be a dependent. This nomination can be either binding or non-binding.

If you make a non-binding nomination, the trustee of your super fund will make a decision about who to pay your death benefit to. Your benefit may be paid to those considered to be financially dependent on you and, in some cases, this will not be the person or people nominated.

To avoid the potential pitfall of non-binding nominations you should also be able to make a binding nomination. In This instance, the trustee of your super fund is required, by law, to pay your benefit to the person/s you have nominated when you die, as long as the nomination is valid at the time of your death. Binding nominations may also be lapsing, meaning you need to renew them every three years, or non-lapsing which means they only need to be changed if/when you want them to be changed.

How much pension does Centrelink pay?

Age Pension payment rates are adjusted twice each year in March and September in line with a factor termed AWOTE, or Average Weekly Ordinary Times Earnings. The actual payment that you may receive will depend upon the result of two tests, the Asset Test and the Income Test. Whichever of these tests results in the lowest payment rate is the one that will be applied to you. As the thresholds change quire frequently it isn’t sensible to put them on this page, but you may find all of the relevant information on the Human Services website:

When Should I Review My Super Fund

People should review their superannuation on an ongoing basis. The superannuation legislation is forever changing, and along with it superannuation products also change quite frequently. This usually means that fees change as well, so to ensure that you are receiving the best deal on your super fund, you should review it at least every 5 years.

We prefer to see our clients every year to make sure that there aren’t any other areas of concern that we can help address with our clients. This entails looking at their insurances, estate planning issues etc. We usually charge a yearly fee, although this may sometimes be waived if there are insurances as well. The fee covers all contact with us, a yearly report on the client’s situation and any adjustments required to their strategy or structure.

When Should I Switch Super Funds?

We are not allowed to suggest a client switch super funds if they do not gain significant benefit by making that switch. That has to be either a fee decrease, or the gaining of a benefit which they specifically need or require, such as access to purchase direct shares as an example.

How Much Should I Contribute?

Younger clients may want to consider contributing a small amount, as little as $20 a week to their super fund. The long-term benefit of this could be as much as an extra $175,000 at their retirement.

Older clients whose kids have left home and their cash flow is a bit more free might want to consider salary sacrificing a chunk of their income to save tax and boost their savings. One thing that needs to be considered in every circumstance though is the individual’s cash flow and the contribution rules that govern how much someone is allowed to contribute to their super.

Should I pay My Insurance From My Super?

There are pros and cons to gaining insurance cover through super. The types of cover available are Life, Total and Permanent Disability, and Income Protection insurances. Some of the pros are, in some cases cover can be cheaper than retail offerings as super funds can sometimes obtain insurance at ‘group’ or wholesale rates; the individual doesn’t have to pay the premiums from their everyday cash flow, so if the budget is tight this can help.

Some cons are that if the insured doesn’t contribute to super, then the premiums that are paid for out of your super balance may leave you with less in retirement; cover in super can often be pretty basic in nature. Often with TPD and income protection in particular, much better policies can be obtained outside the super environment. This is due to superannuation legislative issues, although product innovation is allowing the best of both worlds to some extent by offering the ‘bells and whistles’ outside of super linked to a basic policy inside the super environment.

Although this will have an impact on the client’s cashflow, the client only need pay about 1/3 of the cost of the policy overall from their own resources. The other 2/3 is covered by their super fund.

What If I Work Multiple Jobs With Multiple Super Funds?

If people have had multiple jobs they most likely have more than one super fund. There is usually only one reason to keep multiple funds open and that comes down to insurances. If you can obtain all the insurance you require in one of your funds, or you pay for it outside of super, then you should only have one fund. Some people think it’s too hard, or they just can’t be bothered merging them all together. We can help in that regard by helping to find ‘lost super’ and helping complete the paperwork necessary to combine them all.

General Advice Warning: “This advice may not be suitable to you because it contains general advice which does not take into consideration any of your personal circumstances. All strategies and information provided on this website are general advice only. Please arrange an appointment to seek personal financial and taxation advice prior to acting on this information.”

Scroll back to top